ExpressVPN review - do We Recommend Them for India? 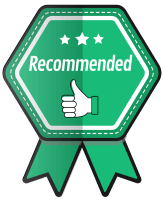 ExpressVPN is a Virtual Private Network service provider offered by Express VPN International Ltd., based in the British Virgin Islands and was started in 2009.

ExpressVPN is fast, reliable, and costly. Ah, costly! That’s the primary reason it’s not #1, but #3 on our top recommended VPNs list.

If you can pay the premium, ExpressVPN is perhaps the best VPN in the world.

In short, if you are willing to pay, ExpressVPN is giving the best services! This review is basically going to revolve around that fact.

Quick Navigation
Overview
Company Information
The fundamentally strong elements that make ExpressVPN among the best
1. Features
2. Servers & Speed
3. Ease of use
4. Security & Privacy
5. Customer Support
6. Torrenting/P2P
7. Bypassing Geo-blocks
One thing that kept ExpressVPN from being the #1 choice
Pricing
Conclusion - Do we recommend ExpressVPN?

There are many takers of a free VPN, but when it comes to the premium VPN market, ExpressVPN ranks #2 by market share ⁠— the first being NordVPN.

ExpressVPN was started in 2009 and has been a pathbreaker in the business ever since. It’s a product of Express VPN International Ltd., a company based out of the British Virgin Islands.

It has won Editor’s choice award from many of the top global tech blogs ⁠— it could’ve been our #1 too, but NordVPN is simply better (Link to ExpressVPN vs NordVPN) from a value for money viewpoint.

Still, it’s in our top 3. And one of the reasons we believe it won’t slide down from being top of the line is its ability to adapt/change. E.g., Streaming services add new geo-blocks & increasingly try to limit access. Yet, it doesn’t seem to affect the functionality of ExpressVPN. Similarly, countries like China build new firewalls to keep people from accessing, and ExpressVPN has always been able to bypass those.

Besides that, ExpressVPN is fundamentally strong. 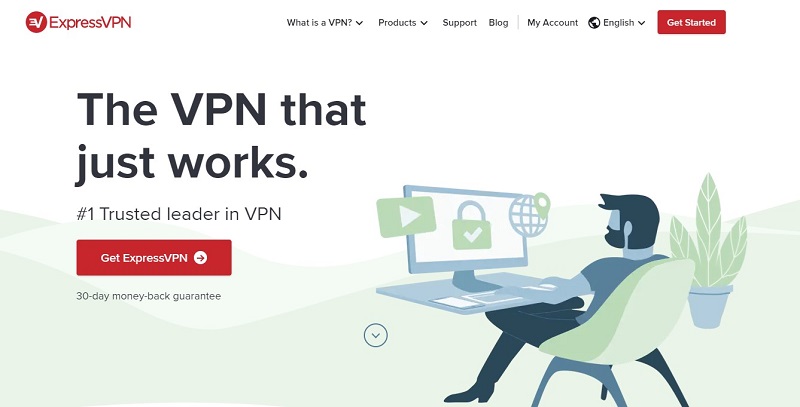 The fundamentally strong elements that make ExpressVPN among the best

Name any VPN-specific thing, and you’ll find ExpressVPN nails it. Like…

ExpressVPN is solid on the features front.

In short, everything a VPN service must have is present.

The point of a VPN is to keep your identity anonymous. ExpressVPN does so by shooting your queries via its servers and its DNS. However, once in a while, ExpressVPN’s connection can get interrupted ⁠— as it does with any other VPN provider.

In such a case, your surfing/internet usage information is exposed to your ISP, government, or any third-party that’s interested. That’s where the kill switch feature comes in handy.

The Network Lock Kill Switch feature of ExpressVPN blocks all the internet traffic if & when the connection is interrupted.

Due to security flaws, sometimes you get connected to a public DNS and/or your IP is leaked, despite being connected to VPN. Such VPNs are horrible VPNs we would never recommend.

So, obviously, on doing IP & DNS leak tests with ExpressVPN, we found it to be perfectly leak-proof.

Some ISPs and VPNs cap your data usage limit on certain kinds of traffics. For example, torrenting. With ExpressVPN, you have unlimited bandwidth ⁠— download as much as you want!

Split tunneling allows you to split your internet traffic between the encrypted VPN tunnel and the normal way (i.e., through ISP). E.g., torrenting can be happening via the VPN, and you can be surfing YouTube from your device and account at the same time.

Overall, ExpressVPN has a solid set of features ⁠— some we discussed, some we will be discussing further in the article. 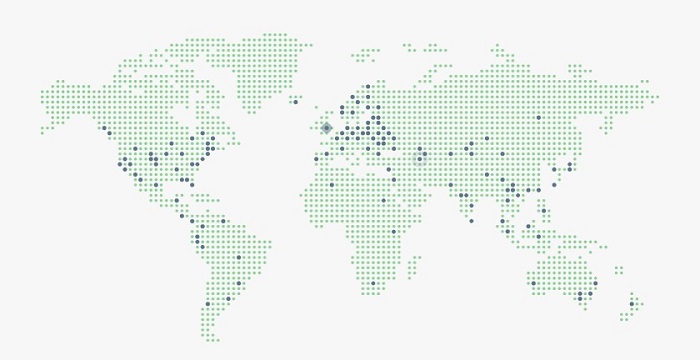 ExpressVPN has more than 3000 servers in 160 cities from 94 countries!

In addition to that, when you are selecting a random server every time you connect to ExpressVPN, you are essentially a new individual each time. This makes backtracking almost impossible.

As for speed, in simple terms: Speed is ExpressVPN’s forté.

We have tested more than a dozen top of the line VPN providers. ExpressVPN is the fastest and the best-optimized of them all.

For the experiment, we switched to different serves across different continents and measured download speeds, upload speeds, and ping.

As for ping, it averaged at around 110 ms. With such ping, you can play online games too, unless you are India’s next esports gem.

All in all, ExpressVPN has a wide variety of optimized servers that perform excellently.

ExpressVPN is among the top commercial VPNs of the globe. And commercial VPN means allowing everyone (who pays) ⁠— from tech-illiterate to tech-literate — to use it. Thus, A-Z of using the VPN must be straightforward. With ExpressVPN, it is!

Signing up with ExpressVPN is a simple four-step process.

ExpressVPN has developed compatible apps for almost all devices, including:

ExpressVPN is one easiest to navigate through ⁠— may it be on desktop devices or mobile.

For any device, the app looks like one designed for smartphones ⁠—  by it, we mean- the apps are more vertical than horizontal.

All in all, everything about ExpressVPN is easy to use and navigate through. 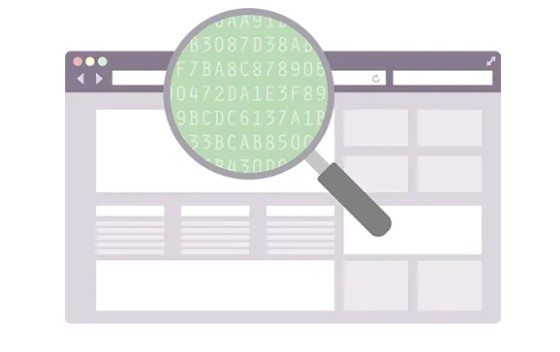 Let us start this section by mentioning two incidents in the history of ExpressVPN.

Incident-1: In December 2016, Marc Bevand, a former Google information security engineer, criticized ExpressVPN for using weak encryption. His complaint was about the usage of 1024-bit RSA keys, which aren’t “perfect”. Though it’s highly-secure, his criticism was that the Chinese government could factor the key and spy on users.

Soon after this “feedback,” ExpressVPN rolled an update and switched to 4096-bit RSA keys.

Incident-2: In December 2017, Andrie Kalrov, a Russian Ambassador to Turkey, was assassinated. Turkish investigators found that the assassin used ExpressVPN to access Gmail and Facebook. However, due to ExpressVPN’s zero-logs policy, they weren’t able to benefit from that end.

In its statement after this incident, ExpressVPN mentioned, “...while it’s unfortunate that security tools like VPNs can be abused for illicit purposes, they are critical for our safety and the preservation of our right to privacy online. ExpressVPN is fundamentally opposed to any efforts to install 'backdoors' or attempts by governments to otherwise undermine such technologies.

The incident-2 goes to show ExpressVPN’s strict privacy policy. Because of its zero-knowledge DNS and zero-logs policy, your digital footprint is anonymous. On top of that, they also accept payment in cryptocurrencies, so you can be a nobody to them also ⁠— obviously, not necessary.

The incident-1, on the other hand, shows its security and adaptability. Apart from the 4096-bit RSA key, these are the security-related-things about ExpressVPN:

ExpressVPN has 24/7 live chat and email support. We tested both forms of communication with similar queries. We got a response from the 24/7 live chat almost instantly. As for email, it took a couple of hours for them to respond (which is totally normal).

The quality of response was impressive — to the point answers that solved the queries in minimal time.

As for the support team, they were obviously knowledgeable and ready to help and take us through.

Firstly, in a country like India where torrent sites are banned, a VPN like ExpressVPN comes in handy to access the site by bypassing the geo-blocks. Plus, its security & privacy policy keeps you away from the jail, given that torrenting is mostly used for piracy ⁠— and, no offense, you will prolly use for that.

In addition to that, its servers are optimized for torrenting and P2P activities. It has an almost negligible reduction in downloading or uploading speed, as you saw in the “Servers & Speeds” sections. Of course, you will need optimal uploaders for downloading at the maximum capacity. 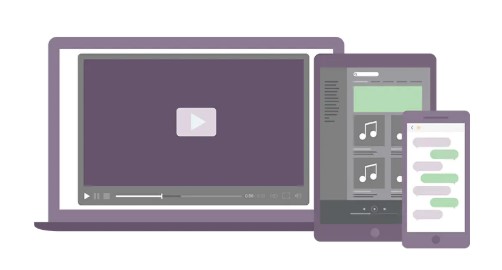 One of the significant reasons to purchase a VPN is to bypass geo-blocks. As you read in the previous section, it can bypass website-blocks from torrenting sites. But, can it avoid blocks on major video streaming platforms? Short answer: Yes.

In our experience, most of ExpressVPN’s servers allowed us to access content from the country where the server is located. E.g., From India, you can access shows from Netflix US, given you have an account.

One thing that kept ExpressVPN from being the #1 choice

There’s nothing about ExpressVPN as a VPN we can badmouth about ⁠— and believe us, we are critics!

Except!...except!...its pricing. Now, ExpressVPN doesn’t cost its services absurdly. It’s not even overpriced, per se. But the other options, like its biggest competitor NordVPN or HideMyASS, provides similar service at a significantly lower price

ExpressVPN’s 12-month plan costs $99.95 (or $8.32/month). The cost includes allowing five simultaneous devices using the VPN. What you pay here for 12 months is what you’d pay for 24 months, if you choose to opt for the other provider.

Go with NordVPN if your requirements do not include super-optimized servers with the best speeds. That’s what we are trying to convey.

Conclusion - Do we recommend ExpressVPN?

In our experience, ExpressVPN is among the best options out there. If we dilute down the “value for money” factor a bit, it perhaps is the best VPN in the market.

To wrap it up, here’s what we’d like to end with: Were you hesitating about going with ExpressVPN? Well, now, don’t! Go for it! Buy ExpressVPN!